Feastday of Our Lady of Lourdes

Feastday of Our Lady of Lourdes – February 11

Lourdes is best known for the apparitions of Our Lady to 14-year-old Bernadette Soubirous, an unassuming and, by human standards, an unlikely choice for such awe-inspiring encounters. Yet, it was in this small town nestled in the foothills of the Pyrenees that the Blessed Mother appeared to Bernadette 18 times between February 11 and July 16 in 1858.

On the day of the first apparition, Bernadette, her sister Toinette, and a friend were looking for wood by the River Gave de Pau. The two girls left Bernadette alone while together they went to gather wood.

Bernadette soon found herself nearing the area from which she had heard a rustling sound. She came upon the Grotto of Massabielle, which was filled with golden light. There she beheld a beautiful Lady dressed in a white robe. On her head was a long white veil and around her waist a blue sash. On each of her feet was a yellow rose and she held rosary beads.

The Lady smiled and motioned Bernadette to come closer. Bernadette did so and, kneeling before her, took out her rosary beads to pray. Once the Rosary was completed, the beautiful Lady disappeared.

The Lady first spoke to Bernadette during the third apparition. When she asked the Lady to write her name, the Lady responded that what she had to say to her did not have to be written down. The Lady also invited Bernadette to the Grotto for the next 15 days, and Bernadette consented. Furthermore, the Lady told Bernadette that there was no promise for her happiness in this world but in the next.

During the fifth apparition, the Lady taught Bernadette a prayer for her alone. She recited it every day and never shared it with anyone.

The apparitions began to cause division among the townspeople. The faithful and the curious began to accompany Bernadette to the Grotto, and others who were suspicious came to the Grotto only to taunt her.

At the next apparition, over 100 people gathered with Bernadette. The growing crowd invited intervention by the authorities. The chief of police told Bernadette that she was forbidden to return to the Grotto, but she would not break her promise to the Lady. The chief also tried to make Bernadette alter her account of the apparitions but to no avail.

Bernadette returned to the Grotto the next day, but the Lady did not appear. On the following day, however, she received three secrets from the Lady, which she never revealed.

At the eighth apparition, the message of the Lady was this: “Penance, penance, penance. Pray to God for sinners. Go, kiss the ground for the conversion of sinners.”

On February 25, the Lady told Bernadette to drink from the water that flowed beneath the rock and to wash in it. Confused because she knew of no water there, Bernadette began to scrape the ground until a small puddle of muddy water appeared. She cupped her hands to drink some and then washed her face. With time, a stream of healing water appeared and remains today.

In the last few days of the 15 days that Bernadette went to the Grotto, she continued acts of penance (kissing the ground, moving on her knees, eating grass) that others deemed “mad.” Also, the Lady asked her to tell priests to build a chapel at the Grotto—not once but twice. This repeated request annoyed the parish priest, Abbé Peyramale, who wanted the Lady to reveal her identity or make the rosebush at the Grotto bloom.

Thousands came to the site on the last of the 15 days, but the Lady did not identify herself or give any sign.

It was not until the apparition on March 25, the Annunciation, that the Lady identified herself to Bernadette as the Immaculate Conception, a dogma Pope Pius IX had defined on December 8, 1854.

At the 17th apparition, Bernadette was unaware that she had put her hand through a candle flame. She felt no pain and was not burned.

On July 16, Bernadette could not ignore the urge to visit the Grotto. Though it had been barricaded, Our Lady appeared to Bernadette one last time.

Although Our Lady’s words at Lourdes were spoken to Bernadette nearly 165 years ago, they are no less powerful or true for us today. Her threefold message of prayer, penance, and conversion must continue to touch our hearts as deeply as it touched St. Bernadette’s. We all are called to be Saints and to help others become Saints. Keeping that in mind, let us pray for each other, do penance for our sins and those of others, and cherish the fact that Our Lady will never stop calling us to conversion, that is, a change of heart.

Are you open to a change of heart?

Prayer to Our Lady of Lourdes

you are the refuge of sinners,

the health of the sick,

and the comfort of the afflicted.

By your appearances at the Grotto of Lourdes

you made it a privileged sanctuary

where your favors are given to people

streaming to it from the whole world.

Over the years countless sufferers

have obtained the cure of their infirmities—

whether of soul, mind, or body.

Therefore I come with limitless confidence

to implore your motherly intercession.

obtain the grant of my requests.

Let me strive to imitate your virtues on earth

so that I may one day share your glory in heaven.

·  The Immaculate Conception, celebrated on December 8, is the Patronal Feastday of the United States of America.

·  On the campus of the University of Notre Dame in Indiana, there is a Grotto, built in 1896, that replicates on a one-seventh scale the Grotto of Lourdes. Its construction was inspired by Father Edward Sorin, a French-born Holy Cross priest and founder of the University.

A Selection of Accompanying Titles 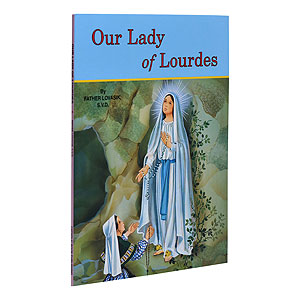 Our Lady Of Lourdes

The story of the appearances of Our Lady to St. Bernadette. Full-color illustrations. 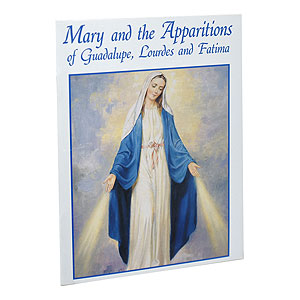 Mary And The Apparitions Of Guadalupe, Lourdes And Fatima 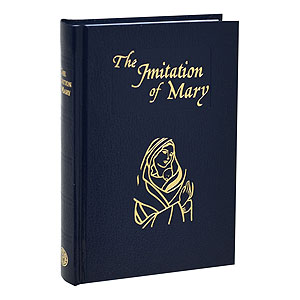 The Imitation Of Mary

The Imitation of Mary is an updated version of the original companion volume to the beloved and highly esteemed The Imitation of Christ. In this book, Rev. Alexander de Rouville, S (...) 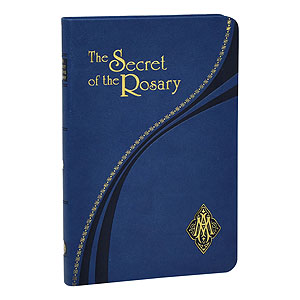 The Secret Of The Rosary

The Secret of the Rosary is an enlightening translation of the classic book by St. Louis Grignion de Montfort, the great Marian writer who nurtured Pope St. John Paul II's devotion (...) 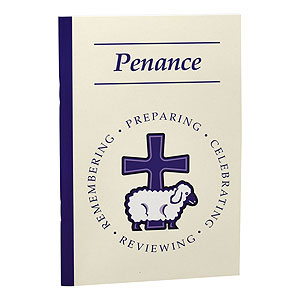 This is a book of instruction and a resource about the Sacrament of Penance for the entire family. Softcover. 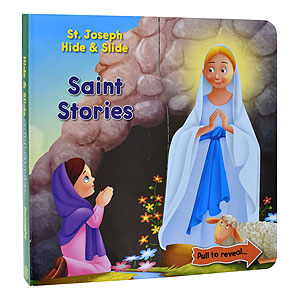 Within the pages of this cleverly designed, innovative board book, ten hidden Saint stories emerge. All children have to do is slide each page open to reveal story after story. 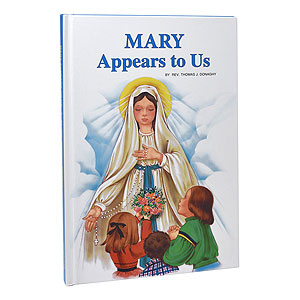 Mary Appears To Us

This children's book relates the stories of the three best-known apparitions of the Blessed Mother on earth—at Guadalupe, Lourdes, and Fatima. A beautifully illustrated book, its s (...)